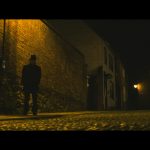 The most revered novelist of the 20th Century is promoting his latest book, set in World War II and widely rumoured to be his last. A notoriously reluctant subject, he has agreed to give an exclusive interview to the journalist of his choice. Marie is nervous, this is an important assignment. Is this just natural anxiety or do her actions betray a deeper motive? The Other Man explores the web entangling three captives and the tragedy that rips through their lives. True tales of assassination, unimaginable bravery and existential crisis. 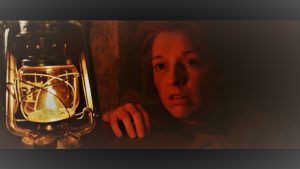 The Government continue to ignore the burning question of female suffrage. Women up and down the Country prepare to avoid and evade the census as a protest and challenge to authority. “No Vote, no Census!” is their battle cry.
Two days before, suffragette Emily Davison has concealed herself in a cleaning cupboard, in the crypt beneath the Palace of Westminster. Emily plans a daring and courageous act in Parliament for Monday morning, but with a greater police presence and security tighter than usual, will she achieve her ambition before she is caught and returned to prison?
Clair Obscur present an imagined re-telling of what happened in the missing 42 hours…

Monday 26 March 2018 The Houses of Parliament

THE TURN OF THE SCREW

A dark autumn evening in 1897. Guests gather around a drawing room fireplace to share their most intimate secrets and stories. The conversation soon turns to the subject of ghosts, ghouls and apparitions and each tale told is more chilling than the last.

The host reveals a manuscript from a locked drawer, written in faded ink by a woman from his past.She was a governess who took a position on a remote country estate to care for two young children. After a while, she is convinced they share the house with ghosts. Are these horrors real or imagined? What could they want with the children?

Nobody, until now, has ever heard her account. As the guests begin to act out the story, the atmosphere turns cold and the house begins to echo with discordant voices.